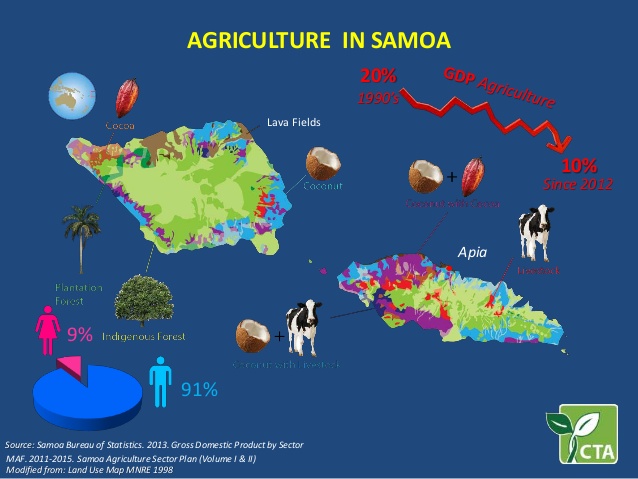 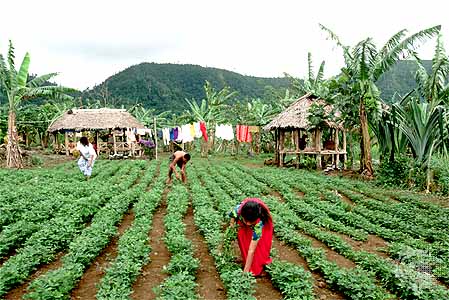 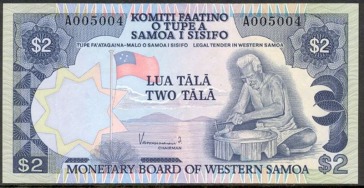 What is their economy (hunter-gatherer, pastoralist, agriculturalist, etc.)? The economy is 70% primarily made up of agriculture and industrial work and 30% made up of the service industry due to the reliance on tourism (Central Intelligence Agency, n.d). Due to the fact that Samoa is located in the Pacific Ocean, their economy is very susceptible to devastating storms. They rely on local and imported goods equally. Locally they produce coconuts, nonu, bananas, taro, yams, coffee, cocoa and export these items as well while all other goods are imported. "The growth in the export earnings was paralleled by increase in the participation of Samoan villagers in an economic life. During 1947-1950 Samoan producers contributed an average of 1298 tons of cocoa per year, or 58 percent of the total exported" (Davidson 254).