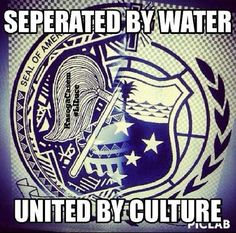 While American Samoa is very similar to American culture because it is supplemented by the American government, Western Samoa is very different. In the most basic of ways, some of their economy is similar to Western culture. For example, their dependence on agriculture and tourism is familiar to many American states. Samoans have guilds such as the tattoo operators' guilds, house builders guild, and the fishermen's guild which are their version of American unions. Samoa is also similar in the ways they enjoy themselves. For example, Samoans play football, hide n go seek and many other traditional American games. These games they play have their own names but are played the exact same way. However, in other ways that are not economic or recreational, the culture is very different. For example, the traditional superstition such as burying clams and reeds to protect their homes, would not be exercised in western cultures. Another difference is their reliance on different gender roles. Western cultures tend to be more progressive than forcing the women to do specific jobs while the man goes to work and there is no such thing as a Fa'afafine in America. Overall, Samoa is similar to America in the ways it operates day-to-day but not in their spirituality regardless of the religions that have spread across Samoa.